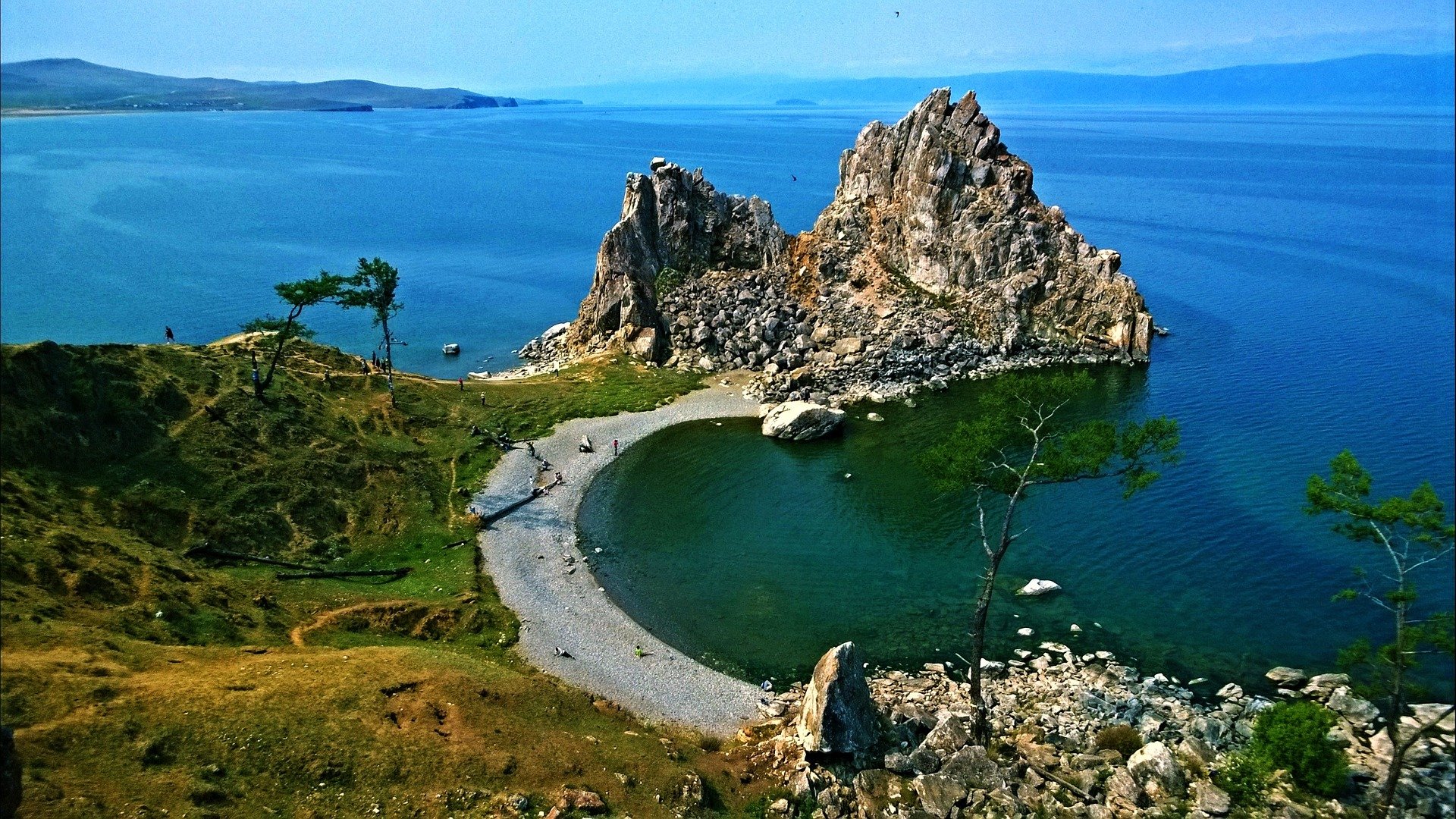 The lake lies in a glacial rift depression, surrounded by mountain ranges and hills. The coastline is 2 thousand km long, the western coast is rocky and steep, the eastern one is smoother as the mountains are located tens of kilometers from the coast.

There are at least six main bays on the lake (Barguzinsky, Chivyrkuisky, Proval, Posolsky Bank, Cherkalov Sor Bay and Mukhor), about two dozen of coves and many other closed shallow bays.

There is only one river flowing out of the lake, Angara, and there are over 336 rivers flowing into the lake, some of the largest ones are Selenga, Upper Angara, Barguzin, Snezhnaya, and Kichera.

Half the water flowing into the lake comes down the Selenga River in the southeast.

The rest comes from more than 330 other rivers and streams, many of them flowing from the surrounding mountains.

Angara, the Lake Baikal’s only outlet flows westward from the lake’s southwestern end.

Olkhon is a region of forests and grasslands that supports deer, brown bears, and a wide range of birds.

Great Ushkany is rocky, the site of the largest rookery of Baikal seals. Many of the other islands are little more than rocks, used as roosts by water birds.