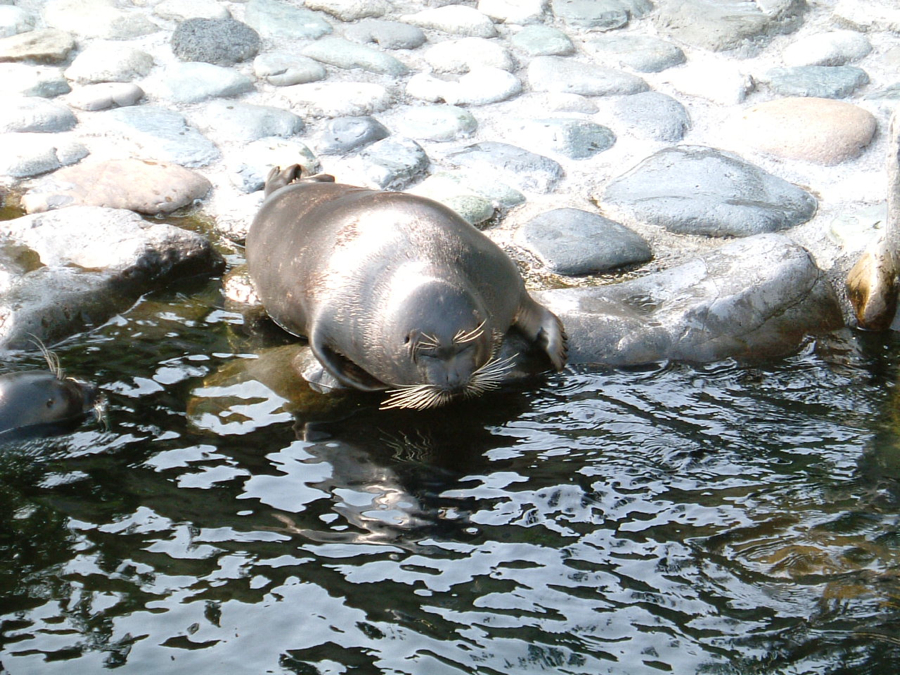 The Baikal seal is the only seal in the world that lives in fresh water. It lives everywhere in Baikal, but is more widespread in the northern and central areas of the lake.

The Baikal seal is a curious animal, sometimes it swims close to a drifting vessel when the engine is not running and stays with it for a long time, with constant care of the water.

Baikal seals are very friendly and easy to train, a whole show with these amazing creatures can be seen at the Nerpinarium in Listvyanka.

According to estimates, there are currently about 80-100 thousand Baikal seals.

There is still no unanimous opinion among scientists about how this animal got to Baikal. Most researchers follow the opinion of I.D. Chersky that the seal reached Baikal in the Arctic Ocean through the Yenisei system, the Angara River during the ice age, simultaneously with Baikal Omul.

Especially in June there are a lot of seals on the rocky shores of the Ushkany Islands. At sunset, seals begin moving en masse to the islands. According to scientists, the number of seals in rookery varies to the limit of 2,000 heads and has not changed since 1934.

The seal feeds on non-target fish (holomyanka, goby). It eats about a ton of fish a year.

The seals sink to a depth of 200 m in search of food and remain under water for 20-25 minutes.

Seals give birth to chicks on ice in snowy pits. Most pups are born in mid-March. They have white fur, which allows them to remain almost unnoticed on the snow in the first weeks of life. The young seal pup is called Khubunk by Buryati.

Seals are hunted commercially, about 6 thousand seals are shot annually. Their meat is used to feed arctic foxes, hats are made from their fur or it is used for lining hunting skis.

Seals are also eaten as food, especially flakes of seals boiled in water are considered a delicacy. The flesh of young ringed seals is particularly tender. They are called hubunks. The seal meat does not smell of fish and resembles chicken to taste. Seal liver has many vitamins.

In ancient times, sealskin was used in the tanning industry and its fat in the manufacture of soap. In 1895-1897 the seal fat was mainly used for lighting the Lena gold mines.

Locals believe that seal fat is medicinal and uses it to treat lung diseases and gastric ulcers.