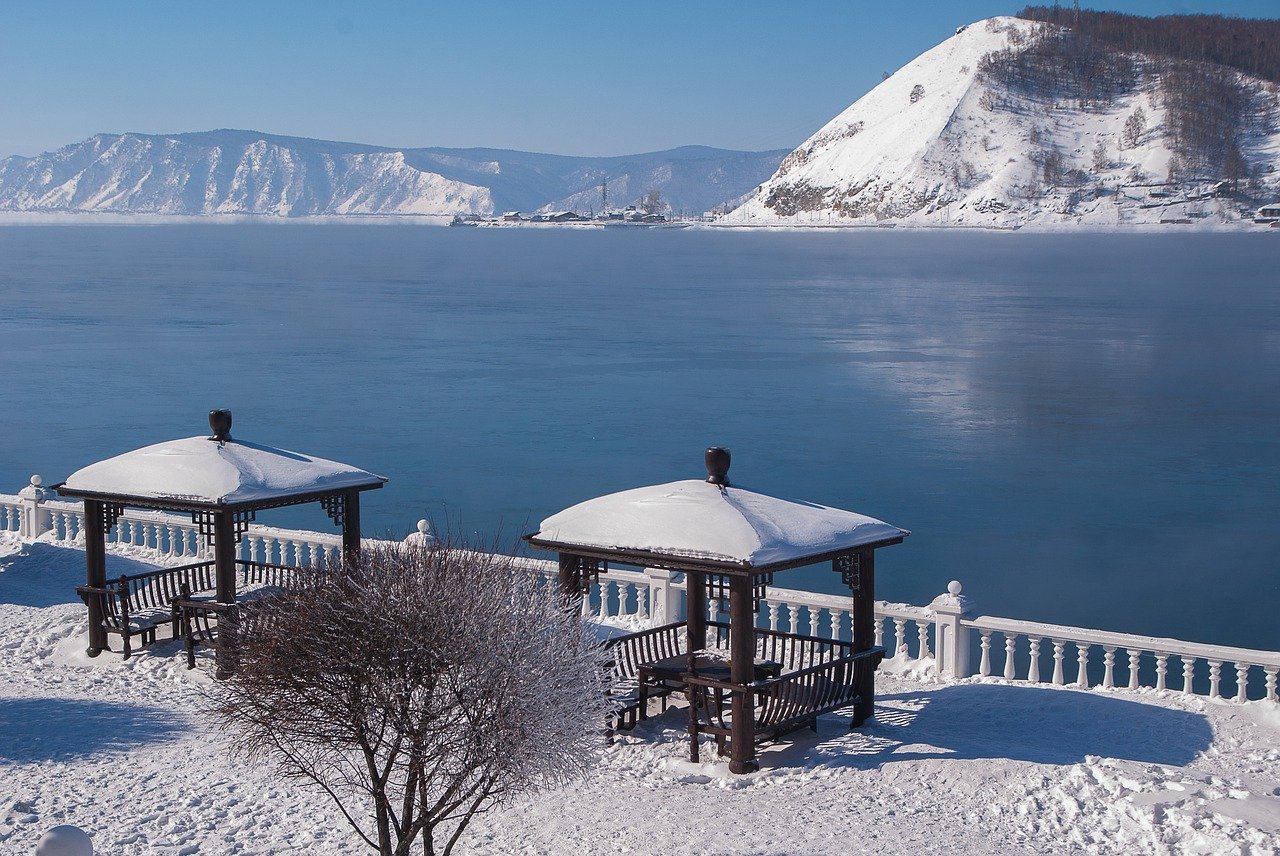 Lake Baikal, in eastern Siberia, is no ordinary lake. Here are some interesting facts about it:

The surface area of the lake is 31.7 thousand km2, it is the seventh largest lake in the world after Caspian Sea, Lake Victoria, Lake Taganyika, Lake Huron, Lake Michigan and Lake Superior. It has almost the same surface area as Belgium or Netherlands.

The lake is 636 km long, being the widest in the center, 81 km, and the narrowest near the near the Serenga delta, 27 km.

The average depth of Baikal is 744.4 m higher than the maximum depths of many lakes in the world.

Its maximum depth, measured by russian scientists Kolotilo and Sulimov in 1983, was 1640 m, which made Baikal the deepest lake in the world.

Because large bodies of water retain heat longer than land, the climate around Lake Baikal is much milder than in the rest of southern Siberia.

Even in the depths of winter the average air temperature is -6°F (-21°C), compared with minimum temperatures of -68°F (-90°C) elsewhere in Siberia.

The lake freezes over from January until May or June, but its surface temperature in August is between 50 and 54°F (10–12°C).

How deep is Lake Baikal & Other Facts

Baikal at a glance: